Today, I want to share how research provides a link between spiritual experiences and health and well-being.

Spiritual experiences are associated with a decreased focus on the self. I’ll use this as a definition for a spiritual state of mind: a non-tangible state of mind that brings profound meaning into one’s life as one transcends oneself.

Use something else if you like — we can’t say spiritual is universally anything religious though. Spiritual is as much a secular term as it is a religious term.

Just as our spiritual teachers have always said, the health benefits as well as the spiritual practices are important.

Dr. Andrew Newberg is a neuroscientist who studies the relationship between brain function and various mental states. He is a pioneer in the neurological study of religious and spiritual experiences, a field known as “neurotheology.”

Newberg’s research includes making brain scans while people practice prayer, meditation, rituals, and during trance states. The scans are analyzed in an attempt to better understand the effects, nature of and the benefits of the various religious and spiritual practices and attitudes.

Spiritual experiences are typically highly complex, involving emotions, thoughts, sensations, and behaviors. These experiences seem far too rich and diverse to derive solely from one part of the brain. For example, a near-death experience might result in different activity patterns from those found in a person who is meditating. Such evidence indicates that more than a single “God spot” is at work — that, in fact, a number of structures in the brain work together to help us experience spirituality and religion.

According to Newberg (and others) humans are compelled to act out myths due to the biological operations of their brains. An “inbuilt tendency of the brain to turn thoughts into actions,” they say is responsible. Says Newberg, “The main reason God won’t go away is because our brains won’t allow God to leave. Our brains are set up in such a way that God and religion become among the most powerful tools for helping the brain do its thing — self-maintenance and self-transcendence. Unless there is a fundamental change in how our brain works, God will be around for a very long time.”

Andrew Newberg: Three main changes in meditative brains
To look at the neurophysiology of religious and spiritual practices, we used a brain imaging technology called single photon emission computed tomography (SPECT), which allows us to measure blood flow. The more blood flow a brain area has, the more active it is (see here).

When we scanned the brains of Tibetan Buddhist meditators, we found decreased activity in the parietal lobe during meditation. This area of the brain is responsible for giving us a sense of our orientation in space and time. We hypothesize that blocking all sensory and cognitive input into this area during meditation is associated with the sense of no space and no time that is so often described in meditation. 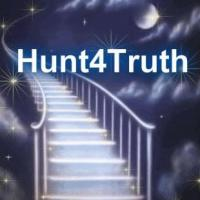 We also looked at the brain of a long-term meditator who was an atheist. We scanned the person at rest and while meditating on the concept of God. The results showed that there was no significant increase in the frontal lobes as with the other meditation practices. The implication is that the individual was not able to activate the structures usually involved in meditation when he was focusing on a concept that he did not believe in.

The temporal lobes are clearly important in religious and spiritual experiences. The amygdala and hippocampus have been shown to be particularly involved in the experience of visions, profound experiences, memory, and meditation. However, Andrew feels that the temporal lobe must interact with many other parts of the brain to provide the full range of religious and spiritual experiences. For more information on the research, click here.

Putting mindfulness into practice is easy if you take it a few minutes at a time. Here are two simple routines: morning Meditation and practicing mindfulness.

You may be interested to know that Andrew Newberg has 2 courses available.

My purpose for pressing these science articles is to demonstrate health and spiritual benefits of spiritual practices. I hope you’ll come back often — there is more to be discovered.

Need help or want to collaborate with me?
Just e-mail me at thehunt4truth@yahoo.com

Thanks for learning with me.